It is that time of year again, where men are seen sporting moustaches progressing at varying rates throughout the month of November. This is all done to support the Movember charity.

There are a number of TrustQuay Mo Bros taking part this November. All were clean shaven on the 1st and despite some of them preferring to turn off webcams on their Zoom calls, we have caught glimpses of some magnificent Mos! Here’s a couple of proud Mo Bros: 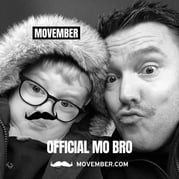 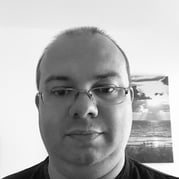 Movember originally started in Australia with men growing a moustache through the month of November to raise awareness for men’s health issues like prostate cancer and depression in men. This has now become widely recognised globally with millions of men taking part every year, raising millions of pounds. Movember aims to increase early cancer detection, diagnosis and effective treatments, ultimately reducing the number of preventable deaths. The Movember Foundation also encourages men to be aware of family history of cancer and to adopt a healthier lifestyle.

And of course, if you would like to contribute to our teams sponsorship, we would be very appreciative.