TrustQuay survey shows only one-third of corporate, trust and fund services firms have started to digitalise 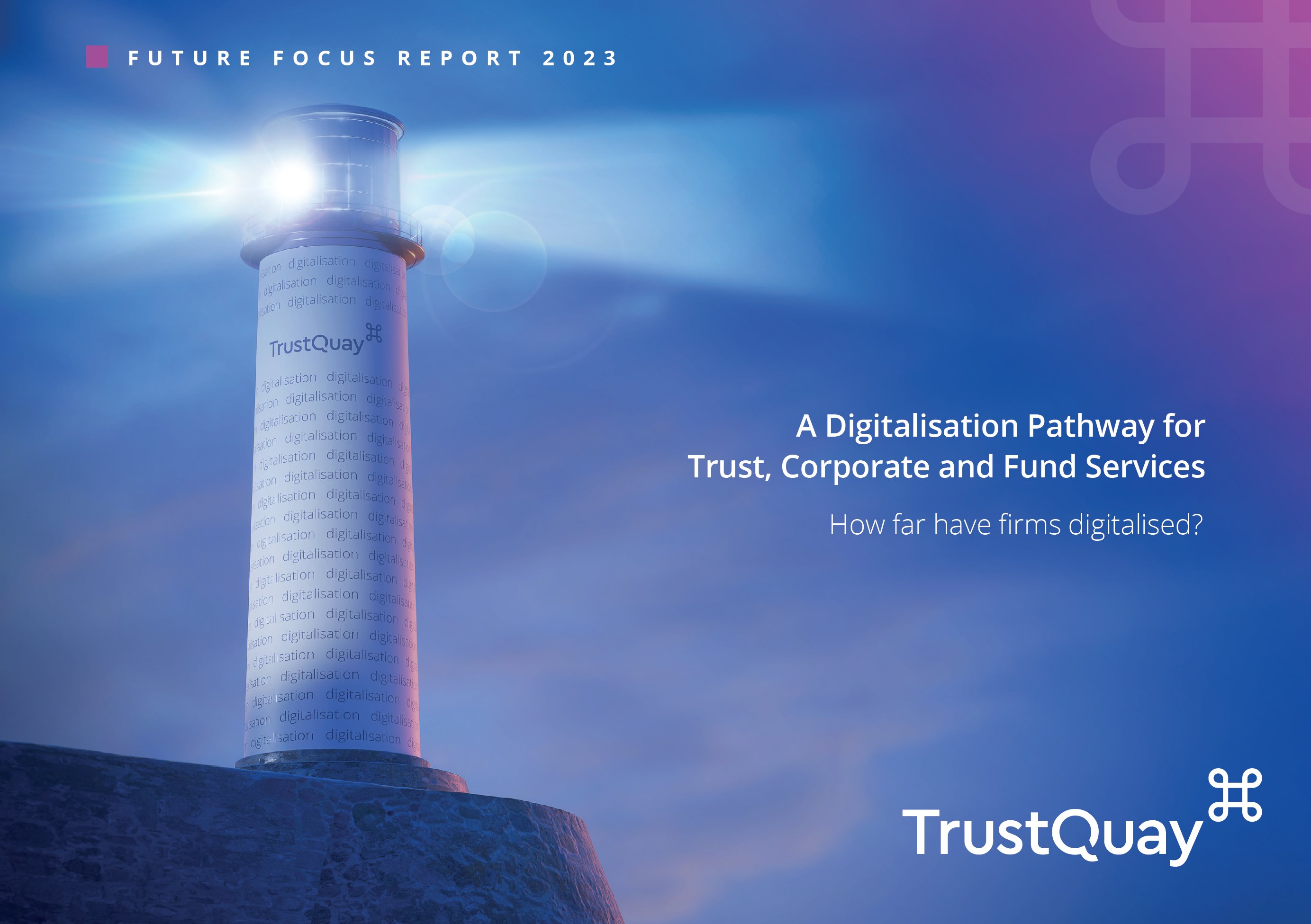 TrustQuay has today announced the release of its latest Future Focus Report which reveals that only one-third of firms in the corporate, trust and fund services sector have started to digitalise their business models and client engagement.

● 9 out of 10 trust, corporate and fund services providers think they will become much more digitalised and automated in the next 5 years
● But only 1 in 3 firms have started on their digitalisation pathway
● Three-quarters of firms say they could be better at increasing efficiencies and reducing costs
● 82% say that technological innovation in the sector needs to accelerate

In a global survey of 120 trust, corporate and fund services providers as well as private banks, the survey found that while nine out of ten firms felt they would become much more digitalised and automated in the next five years, only a third of firms had taken the first step on their digitalisation journey by consolidating data and systems onto a common digital platform.

In terms of regulation, three-quarters of firms do not have a single global system for regulatory compliance, even though 86% of those surveyed said that interaction with regulators will become increasingly digitalised.

The sector is currently lagging way behind other sectors of financial services in terms of automation. At present, 87% of firms had not automated workflow processes and three-quarters of those surveyed said they could be better at increasing efficiencies and reducing costs. Profitability is also under threat with only one in four thinking their firm is more profitable than their competitors.

The survey also found that digitalisation needs to accelerate if firms are to meet client expectations. The vast majority of firms, 84%, do not have a client portal in place to offer digital interaction with clients, with three-quarters of firms saying they could do better at delivering a better digital experience.

Attitudes to digitalisation are changing, however, with 70% of respondents saying they will likely deploy Software-as-a-Service (SaaS) in the future, and a similar number saying that the availability of SaaS may act as a catalyst for the industry to become more digitalised.

To guide firms on the direction of travel and best practice with regard to digitalisation, TrustQuay has broken down the business challenges identified in this year’s Future Focus Report into four separate steps on a digitalisation pathway - Consolidate, Regulate, Automate and Differentiate.

The TrustQuay blog has commentary on the Future Focus Report 2023 from Executive Chairman Keith Hale.

And you can download your copy of the Future Focus Report 2023 to read the results in full.

Ian Peel is Head of Marketing at TrustQuay.